About That Lifestyle Choice… (Part 1)

(a series in three parts) We were invited to welcome in the new year at a party on January 1st. Among the first people I met was Henry, a retired dentist, who was holding court with a small group of guests standing next to the fireplace, which filled the room with more smoke than heat. While comfortably resting his weight on the back of his heels and holding his glass of Merlot a bit up and out as if to counterbalance his stance, Henry squinted as he spoke–squinted not from the smoke in the room, but because “the look” was in keeping with the character of his crafty conversational style. You see, Henry is a dry, witty, provocateur.

He spoke calmly in a matter-of-fact manner that actually appeared sincere as he declared that the world needed another great war. Yes, indeed. Millions need to die. After all, think of the growing scarcity of natural resources, the horrendous overpopulation of the world, coupled with the sheer amount of money one could accrue from military investments. His small audience, just as he wished, was astounded, caught off guard, even horrified. As one of the guests drew breath to take issue with his seditious statement, Henry’s wife came to the rescue by interjecting, “Oh, he doesn’t believe a word of what he’s saying. Just ignore him!” But Henry was undaunted.

With ease he worked his outrageous comments into the evening conversations. He was determined he was going to goad someone into dancing the dance of a delicate and difficult conversation about a politically incorrect topic, creating a conversation that would provoke some thought and substance and finally actually interest him. Within the course of 20 minutes, he dallied with the topics of homosexuality (knowing that several gay men were guests), religious zealotry (specifically calling out Muslim culture and religious beliefs), sexism, and racism. His efforts to move people beyond conversational pretense seemed unstoppable. Regrettably, the conversation was interrupted with a call to the dinner table just as Henry asked this question: “Is racism hard-wired into the human DNA, or is it a learned behavior?”

I love a good conversationalist. All of the topics Henry brought to the stage were focused on a theme: subjugation–one person or group forcing their will on another. Perhaps a more intense question for consideration could have been, “Is subjugation hard-wired into the human DNA, or is it a learned behavior?” Subjugation: domination, control, bending the will of another to your own to achieve your own benefit.

For the sake of greed or just because you can, murder people through war so yours is what they had. Deny gay people marriage equality and bully them into committing suicide while declaring the righteousness of your actions. Force others to adhere to narrowly defined religious beliefs distorted to suit your own purposes. Pay women less for equal work while declaring male dominance. Hold others in low regard because of the color of their skin. Subjugation. 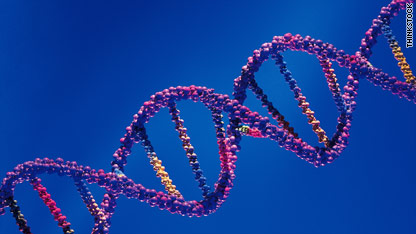 Is subjugation hard-wired into the human DNA,
or is it a learned behavior?

I suspect that human DNA compels each of us to have a need to stand out, to be better than, to be the best at, to be a part of something even greater than ourselves. And, regrettably, the easiest way to accomplish this fundamental need to rise above the crowd is not to invest our limited resources in the hard work of striving, skill building, working, thinking more deeply and creatively, inventing, imagining, amassing greater resources for lofty long term goals. No, all too often the easiest, least resource-intensive way to make ourselves look better than others is to simply tear them down: subjugation–one of the oldest games in the book, even well-practiced by little children on play grounds everywhere. I easily stand above you when I
sufficiently lower your standing.

I easily stand above you when I sufficiently lower your standing. As a species, we have mastered the techniques of lowering the standing of others without even appearing to stoop when doing so. We are masters of condescension. Is subjugation hard-wired into our DNA, or is it learned? Perhaps both? Well, certainly, the adeptness with which we subjugate is learned, practiced, and elevated into an art form, even a virtue. Sometimes we call subjugation patriotism. Sometimes we call it righteousness. We rarely call it what it is.

In my own life experiences, I’ve found the basis for this malignant addiction to subjugate to be rooted in two of the most powerful competing forces known to humankind: fear and love. Is love sufficiently powerful to bring about metamorphosis, to empower, to create beauty, to provide for our needs, to unlock possibility, to serve as our motivation for making ours and the lives of others better? Is fear required if we are to meet our needs? Is it required for subjugation, for forcing one’s will on another, for debasing others, instilling guilt and shame, for bullying to be effective?

And this is where my journey began many years ago, with love–lots and lots of love.

“Jesus loves me,
This I know,
For the Bible tells me so.”